Funding was awarded for the Toy Library’s Fantasy Through Play project that aimed to stimulate children’s imagination through explorations of fantasy play and arts and crafts.

Catherine Tideswell, Senior Toy Library Coordinator said, ‘Without this financial support, we would not have been able to run these sessions. Children got to try new and interesting things that they wouldn’t necessarily have the opportunity to do at home. Craft activities included hand painting and jelly play and parents could relax as someone else gets to clean up the mess! There was lots of laughter amongst the children.

Carers and parents said that they felt fully involved and let their imagination ‘go’ too. For some of the children English is not their first language so it was important to make them feel included during sessions. For this we used instrumental music and percussion instruments, which they thoroughly enjoyed. 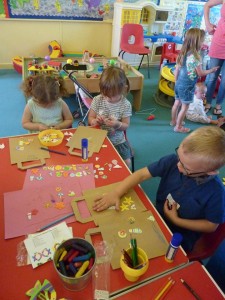 Some sessions were fairy-tale themed and princess and prince masks, wands and crowns were made by the children (with help/supervision from the adults!). They enjoyed feeling different textures of materials as well as sticking activities. The children also participated in colouring and painting. We got costumes and the children enjoyed dressing up. Theme music was played and they learned songs such as When You Wish Upon a Star and some of the Frozen songs. 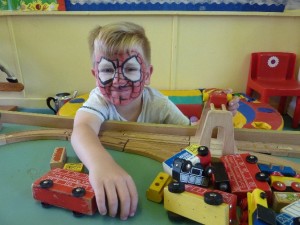 As a small, community facility with no statutory funding, Shepshed Toy Library has to work hard to generate income in a variety of ways and approximately one third of their income comes from membership fees. The library also does an in store collection at a local supermarket and sells drinks, snacks and stationery at reasonable prices during their weekly sessions. They also have ongoing toy/book sales at the library as well as raffles and cake stalls.

If you would like to set up your own fund that works to support similar charities and groups in the local community, contact Katy Green, Chief Executive at Leicestershire and Rutland Community Foundation: katy.green@llrcommunityfoundation.org.uk & 0116 2624 916.